Most nights I go to bed with the the odd killer or two and a cop. I reckon my boudoir has accommodated more bodies than the city morgue. I don’t think for a minute that I’m alone in my nocturnal habit of harbouring strange bedfellows. Lots of people love reading crime fiction.

In fact, last year, the Media and Culture Journal reported that as many as one in three new novels published in English fitted the crime fiction bill. 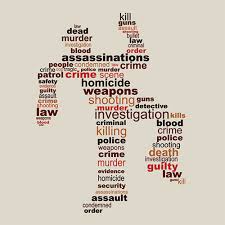 Week after week crime books, dominate the bestseller lists. And if it’s a case of corpses for horses, the choice is almost endless. There’s a smorgasbord of criminal delights on offer, everything from spinster sleuths in sleepy villages, to misfit cops on streets so mean they bite.

Seems to me that whether the setting’s Badger’s Drift or the Bronx, ancient Rome or futuristic Edinburgh, generally speaking there are two givens: there’ll be at least one body and the killer will be caught.

The reader reaches the last page and closes the book. End of story. There’s control and comfort in fictional crime that in reality rarely exist. Surely that’s one of the reasons the genre’s so popular – it’s definitely one of the reasons I don’t do cosy.

I live a stone’s throw from the inner city where I set both my crime series. There are roads nearby I wouldn’t drive down at night let alone walk the pavements in the day. Though my home’s been burgled three times, I’ve not been the victim of violent crime but someone close to me has.

Some years ago late one night he was attacked and robbed in a dark side street. Bundled roughly into bushes, he was robbed then left dazed, bleeding and bruised. The physical injuries healed quickly enough but not the mental scars. Even now he can’t drive past the location without flinching. Nor can I.

When crime hits home as it were, it’s not just the victim who’s affected. Everyone who knows him or her feels the impact. And when the crime is murder, the shock and its aftermath is that much more severe.  As a reporter for BBC TV news, I witnessed the trauma at first hand.  And there’s nothing remotely cosy about it.

Interviewing grieving relatives is hard.  Talking to parents whose child’s been abducted and killed is almost impossible. Though journalists are often vilified for intruding into private grief, in my experience people whose lives are touched by tragedy agree to be interviewed because they’re seeking some sort of catharsis. As well as offering distraught relatives and friends an emotional release, I always hoped the news coverage would help the police investigation by prompting witnesses to come forward.

Whatever the reasons, the contact with people at the sharp end of crime gave me enormously valuable insight and empathy – the real deal.

It’s this authenticity that I always try to achieve in my books and look for in the ones I read. It’s why I find ‘cosies’ far less palatable than the grimmest of grit noir. The way I see it, serving up raw human emotions and foul crimes as little more than light entertainment is just plain wrong. Like the ludicrously inaccurate details I sometimes read in police procedurals. By not even attempting to inject verisimilitude, the writer’s work lacks credibility – and I reckon we owe it to readers to tell it like it is.

But hey, one bookworm’s meat is another bookworm’s arsenic. Lots of people love reading cosies, and I can live with that. 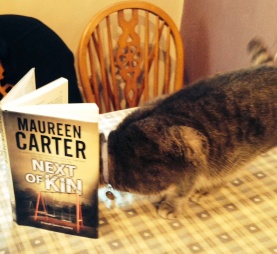